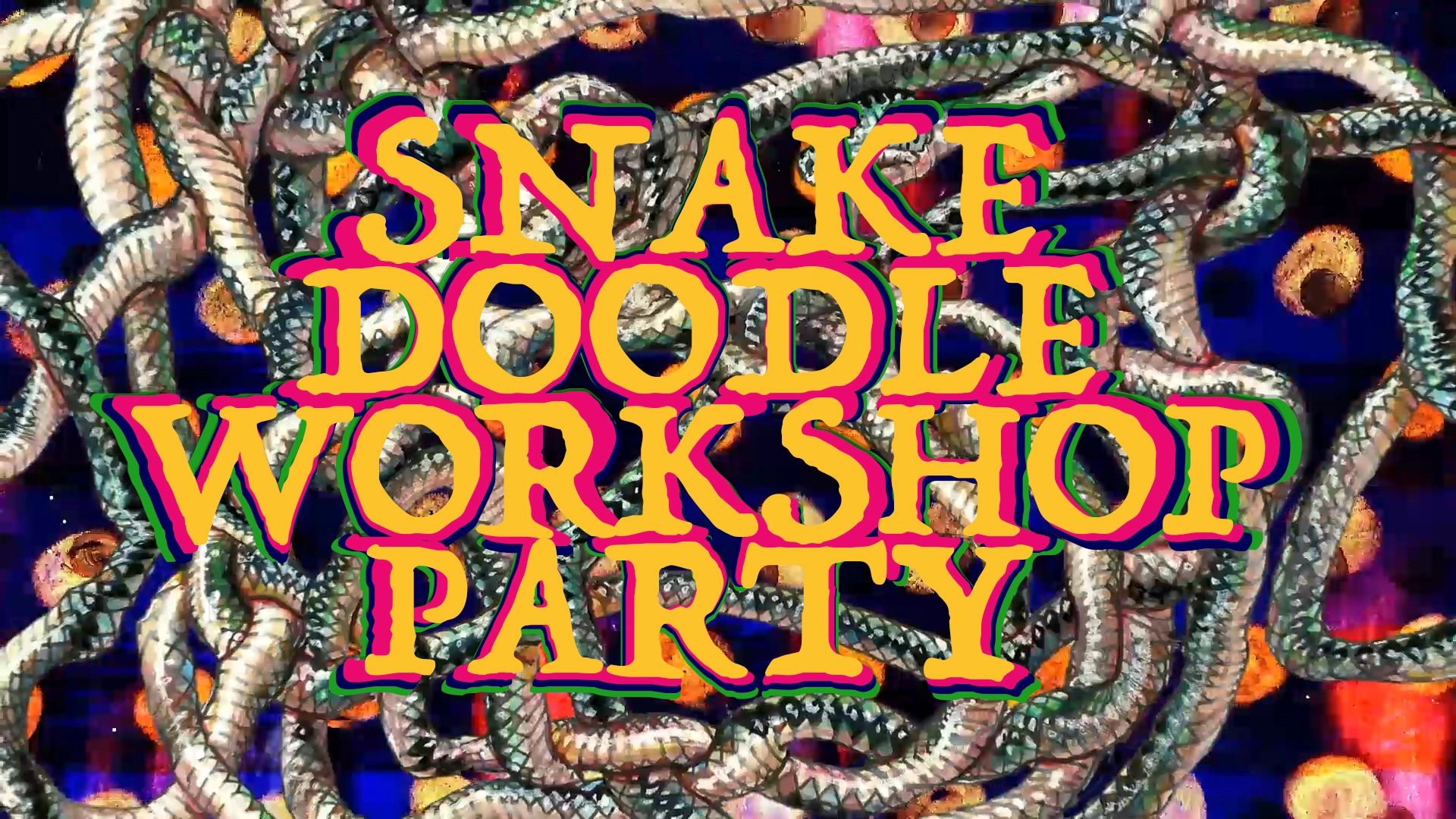 This is a drawing workshop. It is also a crazy art party.

Artist Michael Camilleri runs art workshops and is also crazy. He was drawing snake doodles one day and realised everything anyone needs to know about drawing can be taught by drawing snake doodles. And drawing snake doodles is such a silly pointless thing it also opened the door to all the other silly things missing from our everyday adult lives and longed for. Basically the same kind of ridiculousness he gets up to with children, but with alcohol and some vicious anarchy included.

Activities and Items included in the Snake Doodle workshop party are all negotiable, and rates and preparation time vary accordingly. Michael is a skilled portraitist so cake-head portraits are actually possible! Your own creative suggestions are welcome; the more unique an event, the better!

Michael Camilleri has worked in the arts for decades at the crossroads of fine art, theatre, education, popular arts like animation, illustration and comics, and fun stuff for kids. His  picture book ‘One Minutes Silence’ won the Prime Minister’s Literary Award, the Children’s Book Council Crichton Award and was an Honour book for the CBCA Book of the Year.  Also check out the series of animated sex-ed videos he created for use in schools, here

Michael has worked with kids in art and storytelling with Polyglot's 5678 film club, with Kid's Own Publishing as 'Grand Imaginator' for their Grand Imaginarium, as a guest at Bookaroo (India's international children's literature festival) and for Melbourne Museum. For several years Camilleri has also been running drawing and comics workshops for children and young adults in schools, which he still enjoys: see here

The Snake Doodle Workshop Party is an opportunity for old adults (like himself) to have the same workshop fun, and an opportunity for Camilleri (and yourself) to deploy and enjoy some less-recommended-for-children anarchic fantasy.

Would you like to book a session of our snake doodle workshop party for your business, community group or just a motley crew of mad friends? Send us a message and let's put our heads together.